Blessed is He Who is Not Offended Because of Me

In today’s Gospel, John the Baptist has his disciples ask the Lord Jesus, “Are you the Coming One?  Or do we look for another?”  You can understand why John might ask that question.  After all, John is now in prison.  John had come as a mighty preacher, preparing the way of the Lord, calling people to repentance, baptizing them for the forgiveness of sins.  Everyone was coming out to John at the Jordan River to hear him.  John spoke of a Messiah who was mightier than he was, who would clean out the threshing floor and burn up the chaff with unquenchable fire.  All of this carried with it images of power and glory.

But now John is in King Herod’s dungeon.  He had been put there for condemning the sin of King.  Herod had taken his brother’s wife for himself and was therefore committing adultery.  Talk about speaking truth to power–John wasn’t afraid to tell people what they needed to hear and call them to repentance, even if it made them angry.  Truth was more important than people’s feelings and how much they liked him. It’s not a preacher’s job to be popular but to be a truth-teller.  That’s the way it is really for all Christians, to care more about the salvation of people’s souls and what they’ll think of you in eternity than what they think of you right now. 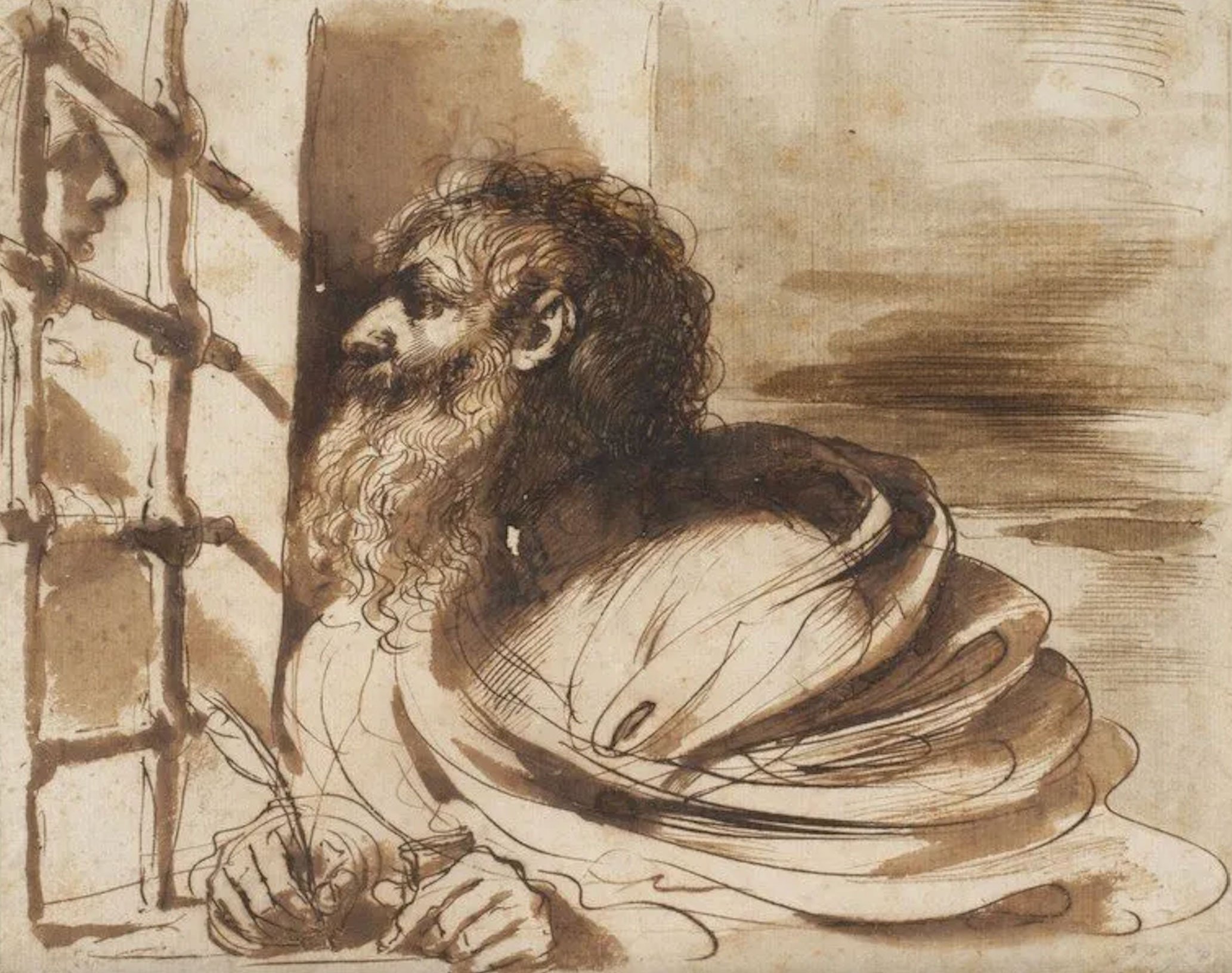 That’s how it was with John.  His first allegiance was to the Lord.  And for that, Herod’s new “wife” wanted John killed immediately.  But oddly enough, the king had some respect for John and what he said.  And so the king had John thrown into prison instead.  In the end, though, the scheming of Herod’s wife would win the day.  John would eventually be beheaded.

As John sat in his dark cell, the thought may well have crossed his mind, at least for a moment: Did I get it wrong in saying that Jesus is the Messiah?  If He is the Christ, then why is this happening to me?  If the Messiah comes to bring God’s righteousness, why is this unrighteous king Herod being permitted to rule unchecked and go unpunished?  Why am I the one who is suffering?  “Are you the Coming One?  Or do we look for another?”

I would guess that there have also been moments like that in your own life.  In your own times of suffering or difficulty, when you feel it in your bones that you’re withering like a flower, when a child or grandchild has a fearsome disease, when you’ve been victimized or treated unjustly, you may have wondered: Is Jesus really the One?  Is Christianity the right way?  Is all of this real?  Or should I be looking for someone or something else that maybe works a little better?  How easily doubts can creep into our fallen minds.  And then we’re tempted to question God’s ways and give up on church and God’s Word when things don’t go the way we planned or expected, when God doesn’t come through for us the way we hoped or make us feel the way we want.  Is Jesus really the One?

Even though John may have had his questions, He knew all along that Jesus was the Messiah.  For when does John send two of his disciples to Jesus to ask this question?  It is when he hears in prison about the works of Christ, the works that are the evidence that Jesus really is the Coming One.  John sends his disciples to focus on that, to see for themselves the One whom John had been preaching.  John’s disciples, and every Christian to this day needs to go to where Jesus is, to hear His words and take in His works.  Only that divine service of Christ can overcome our doubts.  Apart from church and the words and works of Jesus, we’re left in the darkness of our own dungeons.

Consider also what Jesus Himself says about John: “Among those born of women there has not risen one greater than John the Baptist.”  What tremendous honor Jesus there bestows on John!  That means that John is greater even than Abraham, than Moses, than Elijah, than all the prophets.  Above all others, John is a picture of great faithfulness and zeal and love for God.

Jesus says, “What did you go out into the wilderness to see?  A reed shaken by the wind?”  No, not at all.  John the Baptist didn’t bend to the prevailing breezes of the day, like a reed in a marsh, in order to become more well-liked.  He wasn’t a preacher who told people what their itching ears wanted to hear, compromising with the culture around him.  “Oh, you want more sermons on how to achieve all your dreams and find self-fulfillment?  Sure, whatever keeps the money coming.”  Instead, John preached the truth which God had given him to preach.  He said things like, “Repent, for the kingdom of heaven is at hand.”  That’s how he prepared the way of the Lord Jesus. He said to the multitudes that came out to him, “Brood of vipers!  Who warned you to flee from the wrath to come?  Bear fruits worthy of repentance. . .  Every tree which does not bear good fruit is cut down and thrown into the fire.”  That may not have been the best way to win friends and influence people.  But John knew that until the people had confronted the reality of their fallen condition, they would not be ready for the One who came to deliver and save them from their bondage to sin and death.

The same thing is true for you still today.  You too must hear that message of John, “Repent, for the kingdom of heaven is at hand.”  Jesus is near.  Turn away from your sin.  Stop justifying it and becoming comfortable with it.  Seek to bear the fruit of faithfulness and love.  Take refuge in Christ alone.

For though you are a fading flower, Jesus is Himself “the word of our God (that) stands forever.”  Though the grass withers, the everlasting Word of God declares that there is full, free forgiveness and real, enduring life for you in Him.  For the Son of God took your wilting and withering condition upon Himself in the womb of the blessed Virgin Mary.  Though He was without sin, He took the curse of your sin into His own body and He broke the curse, putting it to death on the cross.  All the power of the devil to drag you down to hell, all the power of sin to condemn you was completely destroyed and abolished there at Calvary.  Now, through faith in Jesus, you are released, you are free, you are holy.  St. Peter writes, “You have been born again, not of corruptible seed but incorruptible, through the word of God which lives and abides forever.”  You have been baptized into Jesus, the Word made flesh, and so you will live and abide forever in Him.  Just as a lily dies in the winter but comes forth to life again from the bulb in the spring, so also you will rise again to an everlasting spring when the risen Jesus returns.

So even though the message of John the Baptist doesn’t seem particularly Christmassy, all warmth and happiness, He gives you the only way to really be ready for Christmas.  He tells you the truth, not ultimately to condemn you but to comfort you, as the Old Testament reading said, “Speak comfort to Jerusalem, and cry out to her that her warfare is ended, that her iniquity is pardoned; for she has received from the Lord’s hand double for all her sins.”  The Messiah whom John proclaims and points to doesn’t give you just the bare minimum forgiveness required.  Rather, the Lord gives you overflowing mercy and forgiveness, so that you may be absolutely certain that all of your sins, the big and the small, have all been covered and answered for and taken away.

John sends His disciples and points His disciples to Jesus.  That’s where it’s at.  Not in the tragic events that would surround the ending of John’s life, but in the life and ministry of Jesus, in His suffering and death and resurrection.  John said, “He must increase, I must decrease.”  So also John points us to Jesus as well, saying, “Behold the Lamb of God who takes away the sin of the world!”  Whoever would be a disciple of Jesus must deny himself like John and take up the cross of Jesus and follow Him.

And finally, don’t forget that Jesus sent John’s disciples back to him to report to him in prison.  For they needed to confess the truth of Jesus; and even though John believed, the Lord still was at work to strengthen John.  Jesus said to John’s disciples, “Report to John the things which you hear and see: The blind see and the lame walk; the lepers are cleansed and the deaf hear; the dead are raised up and the poor have the gospel preached to them.”  That’s another reason why John sent his disciples.  John needed to hear the message that they brought back from the Lord.  And if he did, so do we, week by week, in the midst of our own struggles.  “Lord, I believe; help My unbelief!”

Never forget that these are the kind of people that Jesus came for–not those who are proud in their own righteousness and self-sufficiency, but the weak and the helpless and the unrighteous.  Are you beginning to lose your sight or your hearing?  Are your legs and your arms not working like they used to?  Are you contending with some nagging ailment or disease?  Are you living from paycheck to paycheck?  Do you feel unclean?  Do you sense the death in you that sin brings?  Then Jesus is for you.  He took on your flesh and blood in order to redeem your humanity and cleanse you and restore you in both body and soul to the fullness of His resurrection life.  Jesus doesn’t save you by immediately taking away all your troubles; He saves you through those troubles and even through death itself for the resurrection of the body and the life of the world to come.

Jesus says to John and to us all, “Blessed is he who is not offended because of Me.”  Blessed are you who are not scandalized by My suffering and cross, who are not offended by your need to repent and to trust in Me alone to save you.  Blessed are you who, like John in prison, are not caused to fall from faith by the difficulties and the crosses you must yet experience, but who continue to cling to Me and hope in Me.  For yours in the kingdom of heaven.

Fellow saints of Mt. Zion, the kingdom of heaven is at hand.  It is at hand not only because Christmas is near, not only because the second coming is near, but because the King Himself is near.  His body and blood are at hand, given from this very altar for you for the forgiveness of sins.  Here is your Comfort in life.  Here “the glory of the Lord shall be revealed, and all flesh shall see it together; for the mouth of the Lord has spoken it.”