God Has Manifested His Word Through Preaching

It is written, “In the beginning was the Word, and the Word was with God and the Word was God. . .  The Word became flesh and dwelt among us, and we beheld His glory, the glory as of the only begotten of the Father, full of grace and truth.”  Jesus is the Word of God.  Just as words are spoken to reveal and to communicate something, even so Christ is the One who reveals God to us, for He Himself is God the Son.  He is the One who communicates and gives to us the Father’s love.

In many and various ways God spoke in the Old Testament by the prophets, but in these last days He has spoken to us by His eternal Son.  God the Father spoke His final Word into the womb of the blessed Virgin Mary.  The Word became flesh and blood, body and soul. 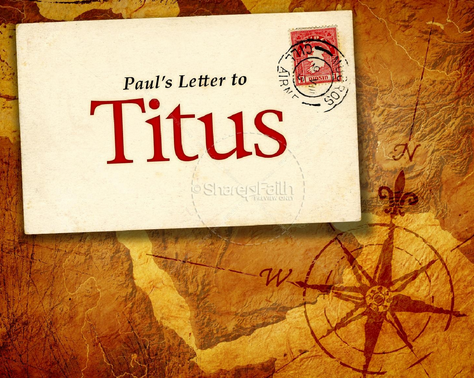 Jesus is the Father’s message to the world, a Word of divine grace, an expression of  how great His mercy is towards us–that He would humble Himself to literally become one of us, that He would sacrifice His flesh and shed His blood to set us free from our sins, that He would rise from the dead to raise us up to everlasting life.  God has manifested His Word in the coming of Jesus.

However, there is still more to the Gospel.  For even though Christ has won our salvation completely, from beginning to end, if that salvation were not revealed and given to us specifically, it would never benefit us.  We would still perish forever in our sins.  Therefore St. Paul says to Titus, “God has in due time manifested His word through preaching.”  What was promised by God before time began, what Jesus, the Word attained for us in time and history, is now manifested and bestowed to us through the preaching of the Word.  Even as God came into the world very concretely as a true man, so now He comes to us very concretely through men proclaiming Him with living mouths and tongues and speech.  The same God who revealed Himself in the flesh reveals Himself to us now in the fleshly speaking and the fleshly hearing of His Word.  Through preaching, the truth of Christmas remains an ongoing, living reality.  Jesus still manifests Himself tangibly and physically; for His own voice is still heard out loud in the Church.

We must always remember that there are two aspects to the Gospel: the first is that Jesus has won for us forgiveness of sins and everlasting life; the second is that the Holy Spirit now gives us those gifts through the Word.  Martin Luther put it this way in the Large Catechism: “Neither you nor I could ever know anything of Christ, or believe on Him, and obtain Him for our Lord, unless it were offered to us and granted to our hearts by the Holy Spirit through the preaching of the Gospel.  The work is done and accomplished; for Christ has acquired and gained the treasure for us by His suffering, death, and resurrection.  But if the work remained concealed so that no one knew of it, then it would be in vain and lost.  That this treasure, therefore, might not lie buried, but be appropriated and enjoyed, God has caused the Word to go forth and be proclaimed, in which he gives the Holy Spirit to bring this treasure home and appropriate it to us.”  This is what St. Paul is getting at when he says in Titus 1, “God has in due time manifested His word through preaching.”

So it is that Paul reminds Titus why he left him there in Crete–namely, to appoint pastors and preachers in all the cities where the church had been established.  For then the saving Word of Christ would sound forth to save sinners and to sustain believers in the one true faith. It is written in Romans, “How shall they believe in Him of whom they have not heard?  And how shall they hear without a preacher?  And how shall they preach unless they are sent?”  Paul indicates here that the task of preaching was committed to him according to the commandment of God our Savior.  He was sent by Christ, even as Christ was sent by His Father in heaven.  And so it is for all who follow in the apostolic ministry.  For in commanding Titus to appoint preachers, Paul says that in so doing, Titus would be setting in order the things that were currently lacking.  This office of preaching, therefore, is not merely a human arrangement but a divine institution and mandate so that the Word of Christ might be made manifest.

To assist Titus in his task, Paul gives a series of qualifications for those to be selected as ministers.  These qualifications are given not to exalt the man but rather to be as sure as possible that nothing about the man draws attention away from the Gospel of Christ which he preaches.  Later in this Epistle Paul instructs the laity to adorn the Gospel with good works so that others might be drawn to believe it.  So also here he gives instructions for pastors so that nothing in their personal life will get in the way of the Gospel they proclaim.  They are to have an orderly household.  As stewards and managers of the mysteries of God, they must not be hot-headed, drunkards, violent, or greedy, but sober, hospitable, self-controlled, just, and lovers of what is good–all of this so that the man may not be a negative focus, but so that he may fade into the background and Christ may be all in all, as John the Baptizer said of Jesus, “He must increase, I must decrease.”

Finally, Paul describes to Titus what the preacher must do in his preaching.  He must hold fast the faithful word as he has been taught, as it has been handed down to him.  He is not in the business of coming up with new doctrines to proclaim to tickle the ears of the crowds, but must faithfully preach the sound doctrine that He has been given by God to preach.  With that Word of God the preacher must “convict those who contradict sound doctrine,” exposing and rejecting the false teaching of those who add man-made requirements to the faith, opposing those who advocate practices that draw attention away from Christ and His all-sufficient sacrifice on the cross.  Paul told Titus, “Rebuke such people sharply, that they may be sound in the faith.”

But above all, the preacher must set forth the Word of the Gospel in all its clarity and beauty and purity for our salvation.  Christ must be preached and made manifest in all His glory as our merciful Savior and Lord–He who did battle with the devil for us and emerged victorious, He who shared in our humanity in order that we might share forever in His divinity, He who descended to the womb of a Virgin in order that we might be raised to the heights of heaven.

Since we have been given to know and believe this truth, let us not be like the defiled and unbelieving, who profess to know God but deny Him with their works.  For Titus 1 calls those who believe this Gospel pure.  You have been purified by Him who alone is pure, Jesus, the Holy One of God.  Believe that this is so for you.  You have truly been made clean and holy in God’s sight by the forgiving love of Christ.  Give thanks to God during this Advent season that He has manifested to you His Word, our Savior Jesus.